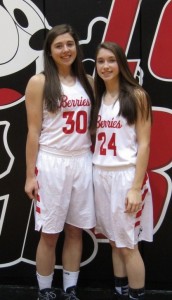 Sports give athletes the privilege of watching teammates grow and develop. Throughout the years I have been able to watch my Little, Elle Deardorff, develop as a person and player. I have practically grown up around her and her family. I first met the Deardorff’s when Elle’s older sister played softball. Elle always tagged along at games like a good sibling should. Then as Elle got older she was finally able to attend D-One camp in Fort Wayne. That is when I first saw her play and really got to know her. I always kept an eye out for Elle and the younger campers. We played in a Ben Davis Shootout together in middle school and her dad was the coach. Although we differed in age, I knew she had potential when we played together. Throughout the years we have spent many hours around one another. I’ve been able to be around Elle in many different occasions. Some which included camps, games, and practices or even at a school event.

Elle enjoys spending time with family and hanging out with her friends in her free time. She also wants to be a nurse when she grows up. Her favorite basketball just so happens to be Stephen Curry, one of the most talked about NBA players. Having Elle be my little was almost a perfect match. If you saw the two of us together, you might just think we were related. It’s hard to believe that we are now high school teammates. Together we have supported one another. I can’t wait to see what the future holds for her!