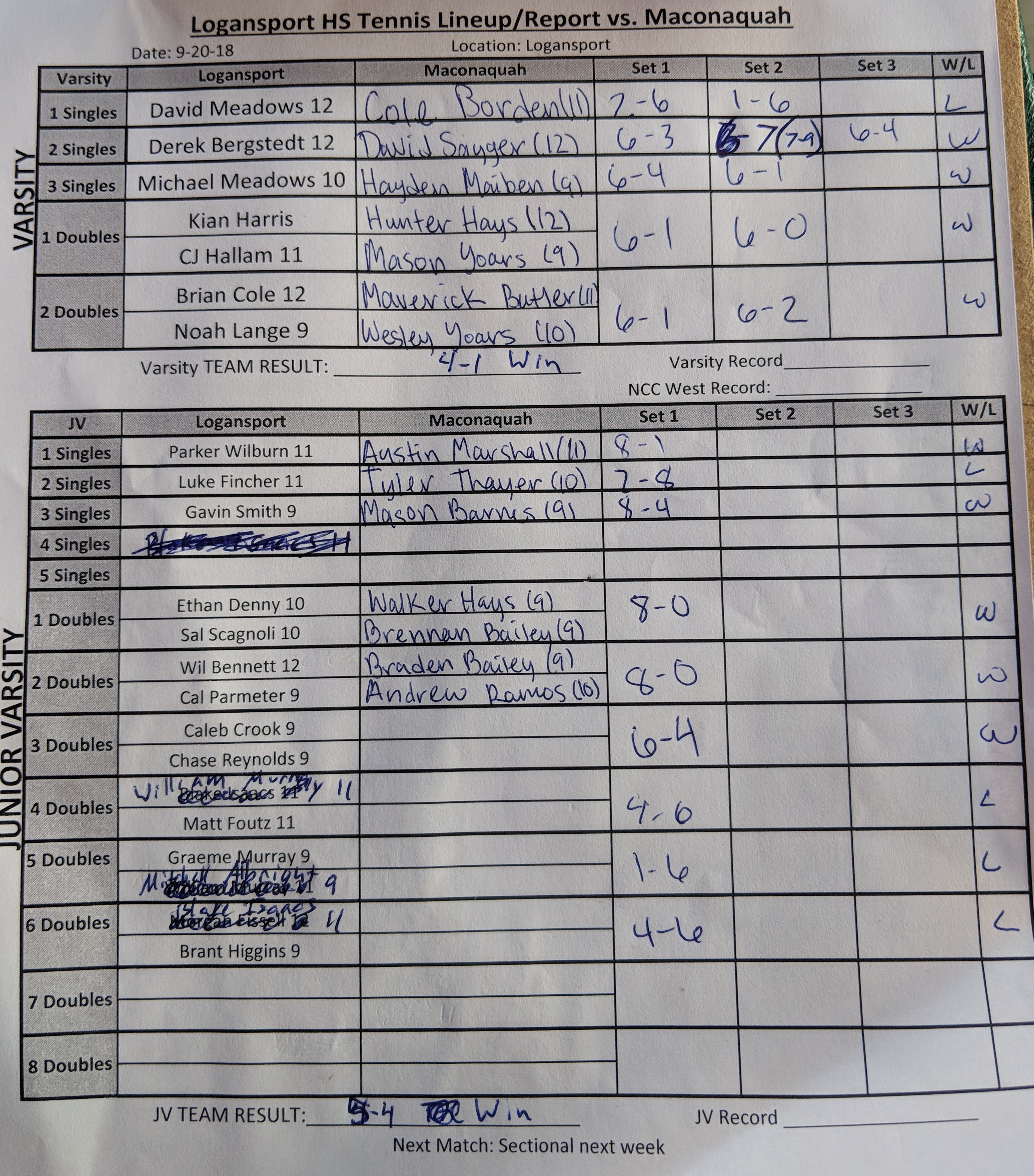 David put up a good fight, but lost to Maconaquah’s undefeated #1 Borden. Doubles teams won in dominant fashion, dropping only four games between them. Mike had a battle in the first set, but rolled in the second. Derek struggled in the second set and ended up losing in a tiebreaker, but managed to claim the first and third sets with more thoughtful, consistent play.