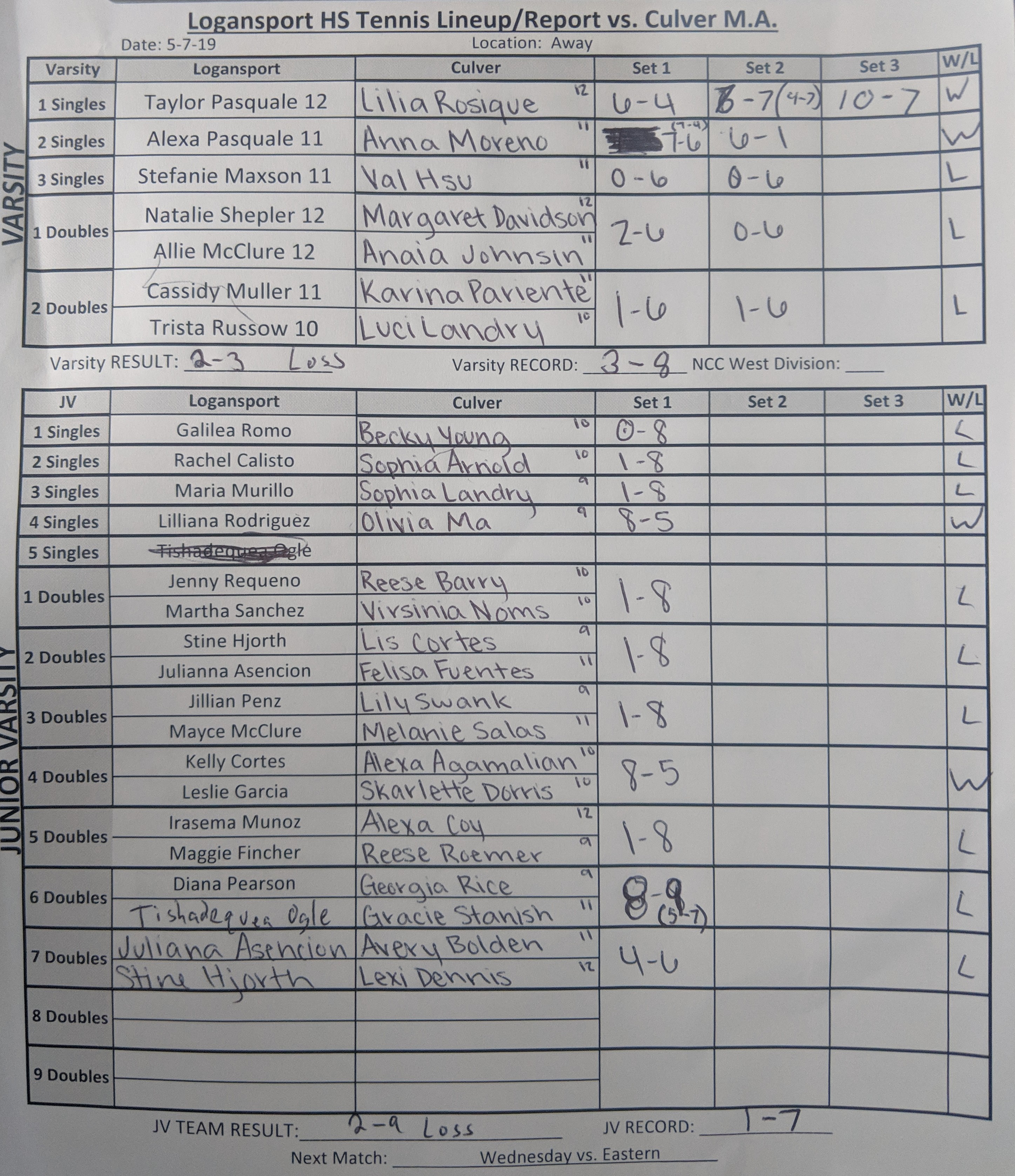 Taylor and Alexa Pasquale had impressive wins at #1+2 singles. Alexa won a first set tiebreaker before running away with the second set. Taylor came from behind to force a second set tiebreaker, but lost it before going on to win the super-tiebreaker played in lieu of a third set.

Lilliana Rodriguez had a JV singles win, and Leslie Garcia/Kelly Cortes had a JV doubles win